Hello everyone! In the last week, we have completed two Summer Bucket List items! Last weekend, AJ took off the training wheels on his bike. Also, yesterday was Yes Day.

There is not a lot of detail in the day the training wheels were taken off. AJ and my dad where about to go on a bike ride when AJ barged in the house and shouted "Dad is taking off my training wheels!" It was late afternoon when they started practicing. Overall, AJ did well. 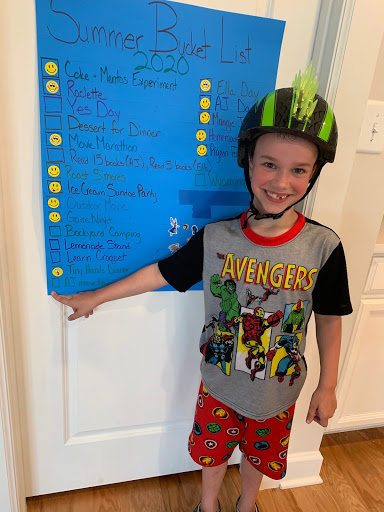 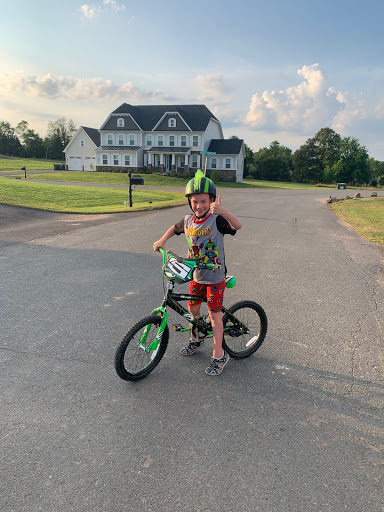 On the other hand, Yes Day did have A LOT in it. Here is the history behind Yes Day first.

AJ, being a six year old boy. Loves Youtube. I mean he loves it A LOT. Some days, all he will ever watch on TV, is Youtube. (His favorite channel is Ryan's Toy Review. He has 26 Million Subscribers, has his own merch, toys, etc, and was the highest paid youtuber of 2019, bringing home 26 Million dollars. He also has a show on Nickelodeon. Yeah, I know)

A popular trend on Youtube is that someone will say Yes to a person or a group of people for an entire day. (Ryan did it too) AJ begged and begged to do it. Finally, we added it to this years bucket list. Here is how Yes Day went.

There were rules though. 1. It had to be reasonable. We could not ask to go to Disney World, not ask to buy a car, not ask for money, etc... 2. Each kid (except for Maggie cause she did not really participate) got 20 dollars to spend throughout the day. No more than that. Those were the only rules! We did not go out anywhere obviously.

Yes Day started out as my mom reading a book called Yes Day. It was about a kid who had his parents say Yes for the whole day. My mom asked AJ why he thinks my mom was reading it. He got the clue that it was because it was Yes Day. (My mom told me ahead of time when I woke up.) 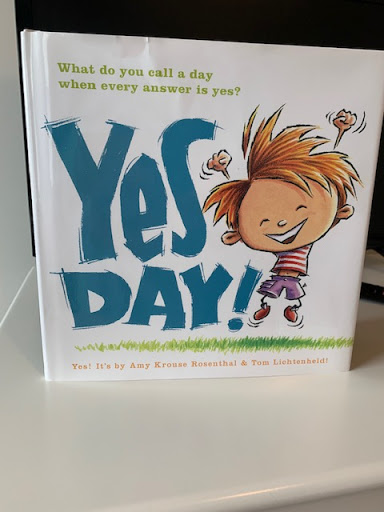 First, AJ asked if he could have 22 hours of IPad time. "Yes" After I got dressed, I asked if I could play on my IPad. "Yes" Then, I decided to spend 2 out of my 20 dollars on a game called Roblox. On Roblox you have pets and you can make them fly or ride. So I decided to make one of my pets ride. I asked for my IPad however much I wanted for the whole day. "Yes" AJ asked to watch Youtube "Yes" I asked to make chocolate covered bananas. "Yes" (A chocolate covered banana because we only had one banana left) I asked for my mom to make a drink I like. "Yes" I think you get the point now. We got to pick out a movie and eat pizza, (which AJ paid for with his money) and after that, I picked out the last thing I wanted to spend all my money on. It was a baby yoda. For all of you who know the Mandalorian, know who I am talking about. I have wanted one for SUCH a long time and yesterday, my dream came true. Then AJ watched Spiderman while I played on my IPad and later, went to bed.