Sorry everyone. I could not upload the video. It says it is too large. I don't know what that means, but it is not letting me upload it. Sorry.😞😞
Posted by Ella Murray at 5:07 PM No comments:


My little sister Maggie Jo is now 3 years old! She turned 3 on June 30th. Not a lot happened on her birthday.


First, she woke up to her Frozen decorations. Her reaction to them was priceless! 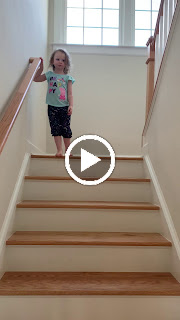 Then, we had breakfast, opened presents, and later that night, we had cake.


3 years ago she was born. I remember I wanted a little sister SOOOO bad! Being 10 at the time, my mom decided I was old enough to come to the hospital with everyone. So I did. I was only 6 when AJ was born, so I could not go. AJ was obviously left with a baby sitter. When my mom said "meet your baby sister" I was speechless. I loved holding her.


Happy Birthday Maggie Jo! You are the best little sister I could ever ask for. 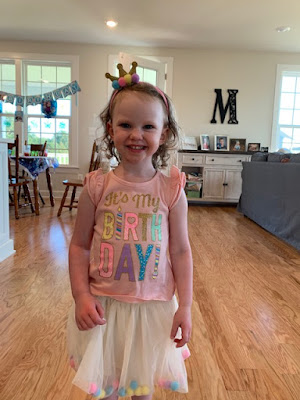 Posted by Ella Murray at 4:57 PM No comments:

I am a teenager!


Yes, you did read the title right. I turned 13 yesterday! I think yesterday was the best birthday ever!


First, my mom made DELICIOUS biscuits with sausage gravy. Next, I opened birthday presents (and my dad opened Father's Day presents) Last, later that day, my friends came over and had cookies with me. I think that yesterday was the best 13th birthday ever!


Here is a picture and video! 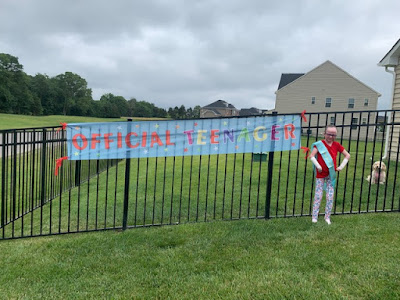 Today was another bucket list item! Today was Ella Day. A few weeks ago we had AJ Day on June 9th. You might ask "Ella, why are you not doing Ella Day tomorrow on your birthday?" Well, that is because Father's Day is also tomorrow. We had AJ Day on June 9th because it was AJ's half birthday, and we will be having Maggie Jo Day on her birthday. (June 30th)


First, my dad got donuts for breakfast. Next, we played with kinetic sand. Then, my dad and I got Sonic for lunch. Then, my mom and I made my birthday cookies. Then, my mom and I went shopping for pet stuff and stuff for dinner. (Don't worry, we had masks.) Recently, some friends that I invited over just left. Last, my mom is making artichokes for dinner. That was Ella Day.


I think my day was COMPLETELY different from AJ Day. Breakfast was the usual microwaved chocolate chip pancakes. Next, his TV all day. Last, Hot Dogs for dinner. That was AJ Day.


I will post tomorrow on my birthday!
Posted by Ella Murray at 7:47 PM 3 comments:

Hi everyone! It is me, Ella! I know is has been a few years since the last post, but now I am going to run the blog! I will update on what has happened over the years. 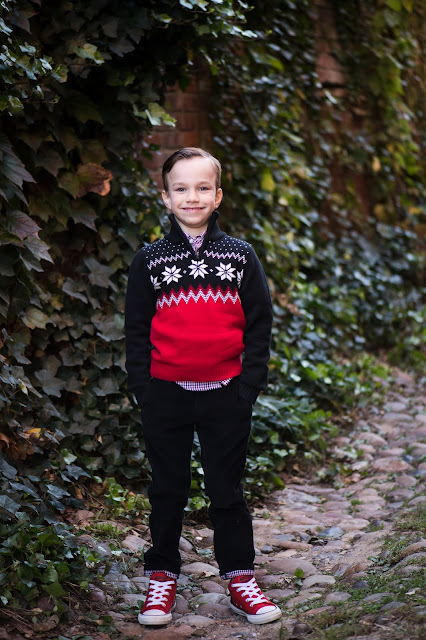 We also have a new family member, Maggie Jo, who is almost 3! 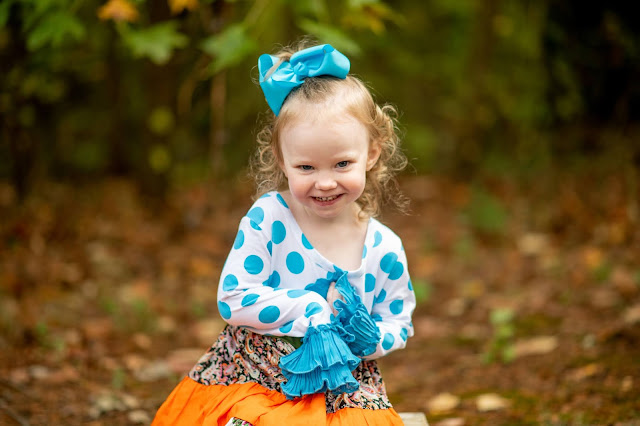 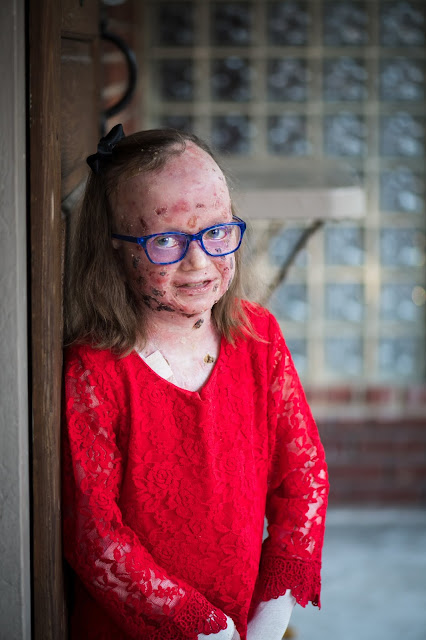 I have a new hobby that I have been doing. That hobby is air rifle. My coach Tom made a new trigger for me. It is an extension that goes on the trigger, so all I have to do is pull the extension, and it fires! 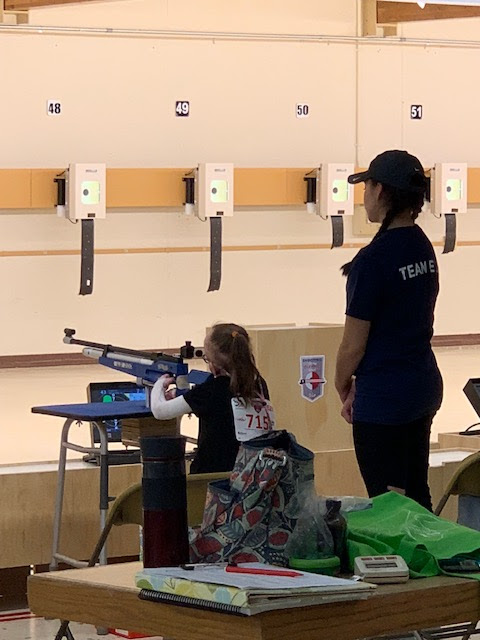 I went to the Junior Olympics last year and won two silver medals! I was supposed to go this year too, but it is delayed. 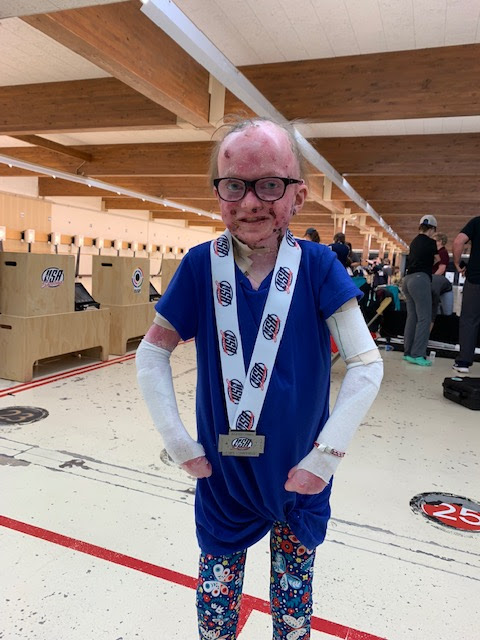 Now I am homeschooled. I go to an online school called Freedom Project Academy. (FPA). We have also started this year’s 2020 Summer Bucket List! We already completed some items. 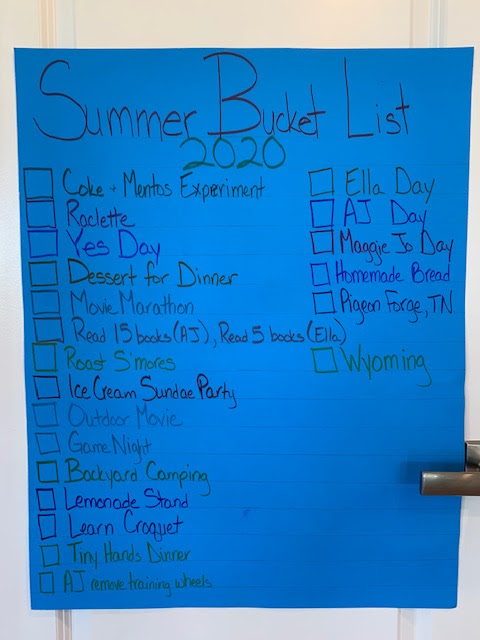 We also just moved! We moved to Centreville, Virgina. I love our new house!

Glad to start this blog again!

I don’t think I’ve given much info on our summer bucket list for this year.  It’s shorter than last summer, which is probably good considering that the entire month of July was jam packed with activities.  We did manage to cross 4 items off the list during that time.  So August has been spent trying to finish up the rest of the activities. 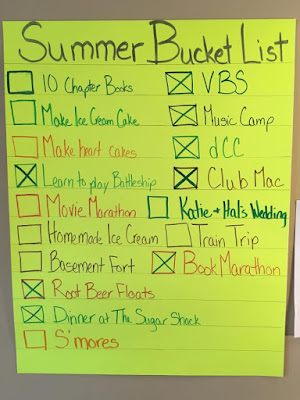 The first item Ella wanted to check off the list was Learn to play Battleship.  For her birthday she had gotten not just regular Battleship, but Star Wars Battleship!  She was determined to learn how to play.  She has now mastered the game and is getting better each time we play. 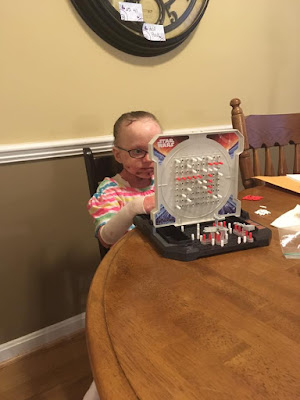 As you can see, there were several dessert items listed on our list.  Ella still loves to cook and desserts are among her favorite.

She made homemade S'mores.  These are not your traditional S'mores (as you can see).  These are S'mores from the Pioneer Woman.  Basically it's graham crackers with marshmallow cream in the middle, then dipped in chocolate and topped with whatever toppings you want.  They turned out delicious...although they were pretty messy. 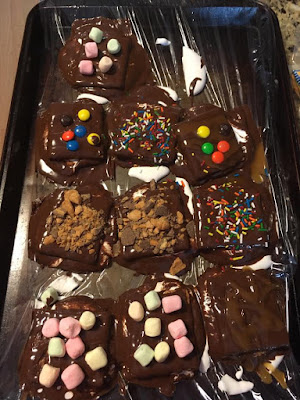 The heart cakes were also delicious!  Ella's Grammy gave her a heart cake pan for her birthday, so we got chocolate fudge cake mix and made little cakes.  Sorry, I don't have a picture of the final product. 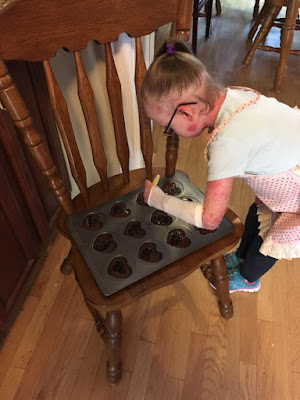 The homemade ice cream we also ventured into new territory.  Instead of traditional ice cream, I found this no churn ice cream.  Basically you whip heavy cream, add sweetened condensed milk, and freeze.  Ella decided to add food coloring and turn it into the dye ice cream. 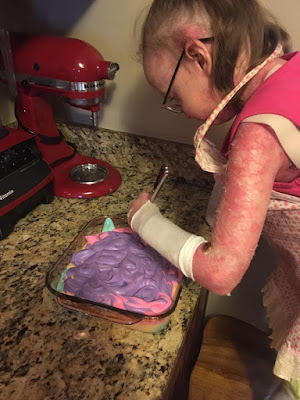 The kids also completed a movie marathon.  We went back and forth about which series to watch.  Originally Ella wanted to watch all 7 Star Wars in a row, but once I explained to her that we would have to sit in the basement for approximately 16 hours straight, she changed her mind.  Instead we opted for one of my old favorites, Back to the Future!  I was really excited about this since I hadn't seen the movies since I was a kid.  The movies were great and Ella actually got a lot of the 80's jokes because I'm such an 80's fan.  BUT, I had forgotten how terrible the language is!  I kept praying Ella wouldn't know what they were saying or repeat any of the words.  I did explain to her that there were a lot of words in the movie that I don't want her to say.  So far we're good. 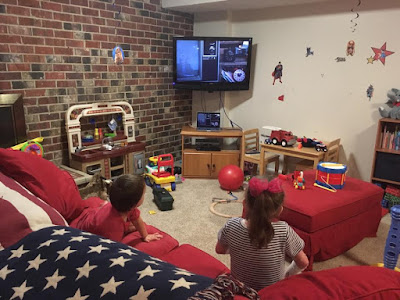 As her book marathon Ella read the Addy American Girl series.  She has read almost the entire AG series and this was one of the few she had left to read.  Ella prefers the older AG books because they focus on girls in history.  She's read a few of the newer ones, but they tend to focus more on dancing or specific activities the girl likes to do.  Not really Ella's style.

We completed our 10 chapter books.  Ella read 6 on her own, and I read 4 with her.  The only reason I read a few with her is because I wanted to read them too!  We read How to Eat Fried Worms, which I thought was hilarious when I was a kid.  Ella's favorite was a book called The Mystery of Meerkat Hill.  We finally finished the 2nd book in the Little House on the Prairie series, and we read a Kate DiCamillo book (she's our favorite children's author) that Ella had actually read before and wanted to read it again with me, The Tiger Rising.  Now we are reading Harry Potter together...well, the first book.  Ella has never shown much interest in reading Harry Potter, and I've never read any of them, but she was asked by a cousin to give it a try.  We agreed to read the first book together, then she can decide if it's a series she wants to continue.

The only items we have left on our list are Make an Ice Cream Cake, Katie and Hal's wedding, and a Train Trip.  We look forward to checking those items off in the next few weeks!
Posted by Katie Murray at 9:18 AM 2 comments:

On June 18th Ella had her 9th birthday party.  I know I say it every year, but I can’t believe she’s 9!  She’s such an awesome kid and so much fun to be around.

This year Ella decided that she wanted a Star Wars birthday party, and instead of activities, she wanted her friends to come over and watch Episode VII: The Force Awakens.  She picked out decorations and BB8 Birthday Invitations, and preparations were made. 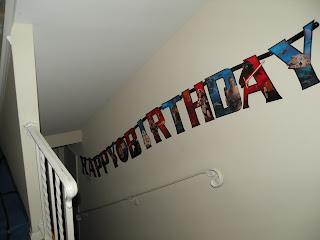 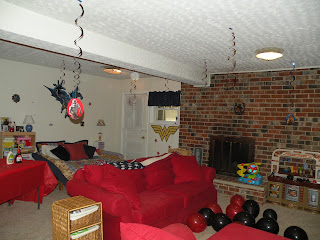 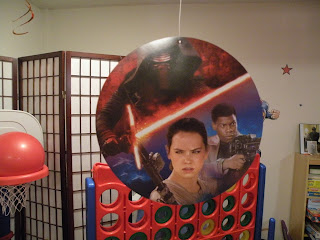 The girls came over and we started the party with light saber building and a Padawan training class lead by Master Jedi Joe.  Even AJ joined in on the fun.  He was, by far, the most enthusiastic Padawan. 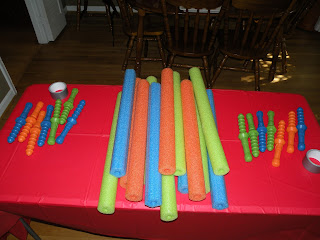 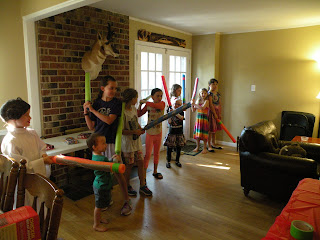 After their training class, the girls headed into the basement for food and the movie.  If I had to guess, they watched a total of 25 minutes of the movie before they decided to just play.  They played “mom and baby,” checked out all of the toys (which were mostly AJ’s since Ella’s big kid toys are in her room), and had a fashion show.  I just sat upstairs in the living room and listened to all of the activity.  It was hysterical!  And once again, I was beyond thankful for Ella’s friends.

The party ended with a giant birthday donut and presents.  This years party was simple and easy to plan, but the kids had a great time and Ella loved every minute of it.  She has decided that when she turns 10 it should be her last birthday party.  We’ll see how she feels about that decision as it gets closer.  In the meantime, I love having parties for her.  The parties remind me how far we’ve come and how, 9 years ago, we were told that we would be lucky to celebrate 1 birthday with her. 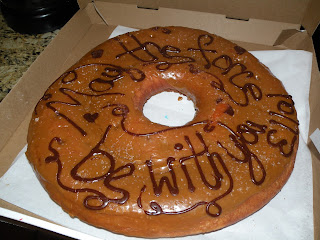 As a birthday bonus, our family friend, Ali, came to Ella’s school to read a special book to Ella’s class and talk about what it’s like to be an author.

Ali grew up in Casper.  She’s the same age as my brother.  In fact, she and my brother went to prom together.  After prom, Ali quickly became an honorary member of our family.  Ali has always been a fantastic singer and dancer, but recently she added author to her list of skills.  Ali is called The Story Lady and she often performs at birthday parties, local book stores and schools.  She tells stories, sings songs and gets the kids excited about reading.  Recently Ali wrote a very special book, “Butterflies Keep Flying.”  This book was inspired by Ella.  We are so honored that Ali wrote this book and are excited to share it with everyone.  If you’d like to order your own copy, you can get one here: Butterflies Keep Flying.

Ella’s birthday week ended on a high note with the beginning of summer vacation!  We’ve got our summer bucket list made and have started marking things off.  So far summer is off to a great start!
Posted by Katie Murray at 9:43 PM 2 comments: